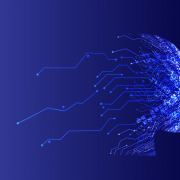 In the last few years, identity management has been affected by an important evolution and transformation process, marked by the shift from a centralized approach to an increasingly decentralized concept of identity.

This change of perspective is carried out today by the notion of Self-Sovereign Identity, through which is no more necessary the presence of an organization/intermediary who centrally manages personal digital identities. At the opposite, each user acquires full control over his identity and is empowered to manage autonomously the attributes connected to it, by deciding whether and which certified information to make available to third parties.

Blockchain technology is leading the development of this growing sector, by granting the possibility to certify and verify digital identities without the need of a central authority, and instead building the functioning of this model on sophisticated mechanisms of cryptography and collaboration.

Studies and market analyses designed to examine the application perspectives of blockchain technology in the field of digital identity management agree in envisaging a significant increase of this sector in the coming years.
A recent report carried out by Juniper Research [1] estimates that the market of Self-Sovereign Identity is expected to score from 2024 a global turnover of 1,1 billion dollars. A significant acceleration is therefore estimated in a relatively short time: the figure estimated for the end of 2020 for the same market is 100 million dollars, foreseeing a growth of +1000% in just four years. In the same report it is predicted that 32 million of users will possess from 2024 a digital wallet through which they will manage their digital identity.

Gartner [2] analysts agree with the idea that, from 2024, the combination of the concepts of BYOI (Bring Your Own Identity) and Self-Sovereign Identity will allow to multiply the value coming from digital identity management, giving rise to a multibillion-dollar industry. To date, Gartner analysts estimate that the value of this sector is no more than $50 million.
According to the same report, the year 2021 will mark the debut of Self-Sovereign Identity and will lead to a radical change in the mechanisms through which gaining access to data. It is expected as early as 2023 that 25% of BYOI logins will be implemented on Self-Sovereign Identity technology.

Gartner’s interest within Self-Sovereign Identity approach is not new. Already in a 2017 report [3] the analysts wrote this forward-looking statement: “The same way that people start physical life by having a birth certificate, people should start digital life with a self-sovereign identity.” 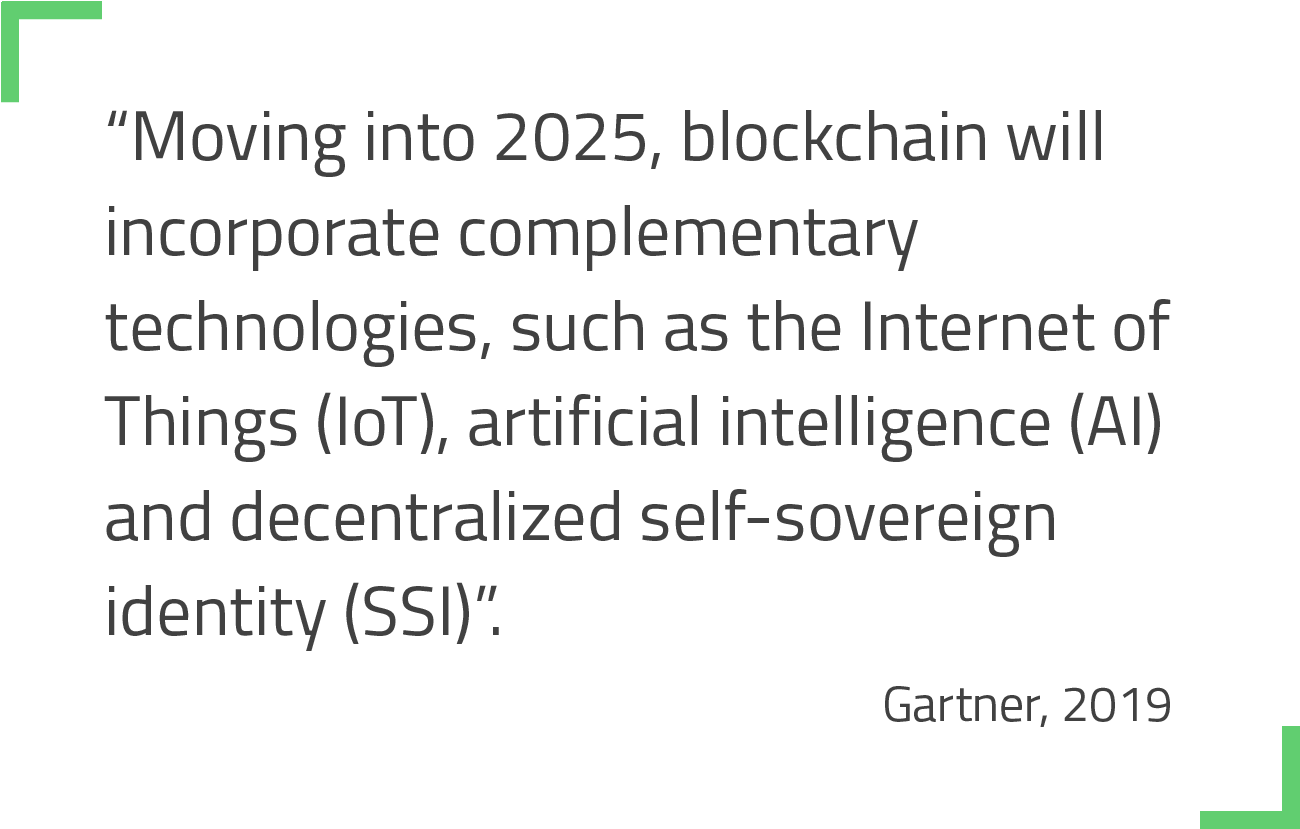 However, in a subsequent article [4] (end of 2019), it is stressed the idea according to which blockchain technology is not yet mature to fully support the integration with digital identities. So, the implementation might still need more time.

With this in mind, Gartner outlines four stages of blockchain evolution, depending on the ability of this technology to incorporate the five fundamental elements necessary to define it “complete”, namely the concepts of encryption, distribution, immutability, tokenization and decentralization.

The 4 Phases of the Gartner Blockchain Spectrum (Gartner, 2019)

According to this perspective, the year 2020 is still part of the second stage, defined blockchain-inspired, in which only the first three element would be effectively integrated. It will be necessary to wait until 2023 to see the first blockchain-complete technologies, meeting all the requirements and able to convey the total value of this sector.
In the last stage, expected by Gartner for the year 2025, blockchain will be capable to incorporate the features and the value of complementary technologies, namely Internet of Things (IoT), Artificial Intelligence (AI) and decentralized Self-Sovereign Identity (SSI). Therefore, the integration between blockchain and digital identities represents the pinnacle of this sector’s evolution, giving rise to a top-level technology, named by Gartner blockchain-enhanced.

The data emerged from a report of Goode Intelligent [5] (end of 2019) are aligned with this development trend, but more cautious. According to the predictions, in the year 2025 20% of digital identities will be managed through Self-Sovereign Identity platforms, compared to the 5% outlined for the current year.

The enablement of new markets, together with a significant increase of personal data protection safeguards, are two of the multiple benefits conveyed by the development of SSI models which will soon appear alongside (or replacing) the current centralized mechanisms of identity management.

In accordance with the above-mentioned data, companies intending to invest in the sector of decentralized identity are recommended to take immediately the opportunity to build their own role and their position in this developing sector, which is still being defined and is characterized by broad growth prospects.

Therefore, the advantage lies in the ability to exploit these transition years to implement and optimize technologies and expertise in the field of SSI, in order to distinguish themselves from other, by conveying in an optimal way the value derivable from this growing market.

[2] Blockchain can improve speed and privacy in mortgage applications – but interoperability is key GSMA, Aprile 2020